Everyone’s type 2 diabetes has a specific cause. By matching the treatment to the cause, care professionals can achieve better health outcomes. That is the idea behind ‘diabetyping’, the emerging approach for better diabetes care. In this blog, researchers Suzan Wopereis of TNO and José Castela Forte of Ancora Health elaborate on the possibilities.

Every week, almost a thousand people in the Netherlands are told that they have type 2 diabetes. More than a million Dutch people now have the condition and another 1.1 million have prediabetes [1].

One in three Dutch people aged 45 and older has type 2 diabetes or will suffer from it in the future.

Beyond the challenges for the healthcare industry, type 2 diabetes has far-reaching consequences for patients. Usually it means starting medication, which often turns into injections later on. Worse, patients with type 2 diabetes face a significantly higher risk of other conditions such as cardiovascular disease, metabolic health issues, respiratory conditions and eye disorders [2]. The life expectancy of someone with type 2 diabetes is 4 years lower than average.

Fighting the growing diabetes epidemic plaguing many Western countries is fraught with challenges. This explains surge of interest in research work done by, among others, TNO, into the causes of type 2 diabetes. As the condition develops differently in each patient, different ‘styles’ of type 2 diabetes can be identified, which is why pharmacist and diabetes researcher Anne-Margreeth Krijger -Dijkema launched the term ‘diabetyping’ [3].

With diabetyping, doctors can better plan the treatment for each individual by adapting it to the specific sub-type they have.

Researchers Suzan Wopereis of TNO and José Castela Forte of Ancora Health talk about the possibilities and challenges of diabetyping.

Suzan Wopereis (SW): “Diabetes type 2 involves various organs, including the liver, pancreas and muscles. These organs may include insulin resistance of the liver or muscles or reduce the ability of the pancreas to produce insulin. Either way, the insulin system in the body is disrupted, resulting in too much glucose in the blood – which leads to negative health consequences. We investigate the causes of diabetes in each patient.”

Why is that important?

SW: “Because depending on the sub-type, different interventions are needed. For example, in a large Spanish study, we analyzed the effectiveness of two long-term lifestyle interventions on type-2 diabetes outcomes. We found that certain diets were much more successful depending on the person’s underlying causes of their diabetes. For example, if someone had muscle insulin resistance [where their muscles had become less sensitive to insulin], a Mediterranean diet appeared to be able to help. If the problems were mainly in the liver, patients benefited more from a low-fat diet.”

How many sub-types of type 2 diabetes have you identified?

SW: “We have now identified 12 types, in response to the question of whether the pancreas functions normally, is affected but has residual capacity, or is affected in such a way that recovery is no longer possible. If you combine that with whether or not you have liver insulin resistance and muscle insulin resistance, you get 12 sub-groups. This has huge consequences for how doctors should be treating type 2 diabetes. Right now, patients are usually given drugs that increase the amount of insulin in the blood. But if the pancreas is functioning just fine, medication is not necessary. In fact, it can be counterproductive.”

Why would medicine not be helpful?

SW: “Insulin is an anabolic hormone. It usually results in an increase in the amount of fat mass. That makes it extremely difficult, for example, to lose weight or to tackle a fatty liver.”

How can doctors apply diabetyping in practice?

SW: “We recommend physicians to do an expanded version of the glucose tolerance test looking at glucose and insulin levels over multiple points in time. I know these are time-consuming procedures. That is why I am pleased that TNO is working together with Ancora Health, which can offer such a service.”

What other issues do you see?

SW: “Another important issue is that diabetyping has yet to be established in medical protocols and thus is not reimbursed by health insurers. The insurers want to gather sufficient research evidence before they do that. TNO and Ancora are working together on this.”

Why is Ancora Health involved in this?

José Castela Forte (JCF): “At Ancora we advise and coach people in improving their health. But you can only do this properly if you know the underlying cause of their complaints. It matters a lot whether someone has a poorly or well-functioning pancreas. If you know the causes, lifestyle adjustments are much more successful.”

What options do lifestyle adjustments offer?

JCF: “With lifestyle changes you can often reduce or even reverse type 2 diabetes. But this requires people to make big adjustments such as changing their diet and exercising more. Therefore, it’s crucial for doctors to know that the approach they recommend will have the greatest chance of success. Knowing more about the causes of a patient’s diabetes will help. And if you combine that with a 360-degree approach, in which you also look at the patient’s social environment and wellbeing, you can arrive at a personalized remission plan that will be effective over the long term.”

Is a large-scale application of diabetyping on the horizon?

JCF: “First, we need to get the diagnostics in order. Some patients will need more extensive testing than others. An algorithm that TNO is developing will help doctors make their treatment choices. Yet the related interventions mainly revolve around lifestyle changes, and healthcare is not always ready to deal with that. Lifestyle interventions that can be deployed on a large scale will play an important role.”

What research needs to be done?

JCF: “Small successful studies have already been carried out, including in the Netherlands by TNO itself [4]. The next step is a larger study on diabetes typing and lifestyle interventions. At Ancora we are preparing a multi-year study involving hundreds of patients in multiple regions. In that study, we want to show that diabetyping increases the chance of success in reversing type 2 diabetes in patients.”

Is diabetyping the future of diabetes care?

JCF: “Definitely. We will learn to better control diabetes, and diabetyping plays a major role in this. More generally, to be able to properly help people with their health, a personalized approach is needed, where we have specific data about patients and how they respond to the treatment. That’s not just the future of diabetes care – it’s the future of healthcare in general.” 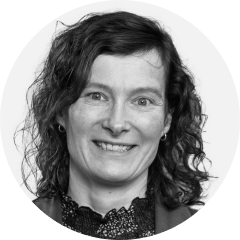 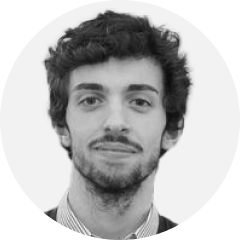 José Castela Forte is founder and head of health science at Ancora Health and a PhD candidate at the University of Groningen.

Diabetyping means that patients with type 2 diabetes are categorized according to the causes of their disease. This usually concerns three possible problems: liver insulin resistance, muscle insulin resistance and a less well-functioning pancreas. All three, or a combination of them, can lead to high blood sugar levels.

By knowing the causes, healthcare professionals can adjust treatment accordingly. For example, patients who still produce enough insulin themselves may be able to rely on a lower dose of medicine

Why is diabetyping not (yet) used by doctors?

For diabetyping, patients must be examined more intensively than is currently prescribed. The knowledge gained through diabetyping must also be converted into treatment plans.

Being active and regularly engaging in aerobic and bone and muscle-strengthening activities forms the basis of being physically fit. If you want to reach next level performance, boost your conditioning, and tailor your nutrition and training to reduce your inflammation and recovery time, our Health and Performance packages are for you.

Being active and regularly engaging in aerobic and bone and muscle-strengthening activities forms the basis of being physically fit. If you want to reach next level performance, boost your conditioning, and tailor your nutrition and training to reduce your inflammation and recovery time, our Health and Performance packages are for you.

There is no magic, one-size-fits-all diet for long-term health and wellbeing. Based on a comprehensive analysis of your current health and possible future health risks we guide you to make informed carbohydrate, protein, fat, water, and salt choices. Measures we take into account include your blood pressure, strength, and a range of health factors that can be proactively managed through your nutrition choices.

During your Personal Onboarding with us we perform a body composition analysis to measure your basal metabolic rate, body fat percentage, muscle mass, and fat distribution. We take these insights and your physical goals into account to curate a body recomposition action plan for you. Achieving body recomposition is a combination of precise energy balance, making measured macronutrient choices, and being physically active.

Based on a comprehensive analysis of your current health and possible future health risks we guide you to make informed carbohydrate, protein, fat, water, salt, vitamin and mineral choices.

In addition to helping you safeguard your wellbeing with evidence-based strategies to lower your stress we incorporate a number of other important aspects into your mind plan. These include goal setting and planning, self- management, and interpersonal relations.

In addition to helping you safeguard your wellbeing with evidence-based strategies to lower your stress we incorporate a number of other important aspects into your mind plan. These include goal setting and planning, self- management, and interpersonal relations.

There are aspects of your health that need a multi-faceted approach. Examples include cortisol and testosterone imbalances. By combining nutrition, physical activity, mindfulness and stress management and rest, we help you take control of vital aspects of your health, wellbeing and performance.

Being active is an effective way to maintain your health and wellbeing: this doesn’t always have to be exercise – it could be anything you do in your day-to-day life like running errands or doing housework. Aerobic activities raise your heart rate and breathing rate: these can be sports or events, but also brisk walks in the park, riding your bike to work, or even dancing! Bone and muscle strengthening might conjour up the image of a gym, but you could also do plenty of work at home using your body weight – e.g. using elastic bands or suspension training. You could even use the outdoor gyms at public parks. Your focus should be on stimulating your muscles by lifting weight.

Micronutrients are fundamental to good health. Many vitamins support your body’s vital processes including energy metabolism, which is the way you generate energy. Minerals are also key to your health – both for your daily activity and for reaching peak performance. Iron for oxygen transport and calcium for bone strength are just two examples of powerful minerals we help you regulate.

During your Personal Onboarding with us we perform a body composition analysis to measure your basal metabolic rate, body fat percentage, muscle mass, and fat distribution. We take these insights and your physical goals into account to curate a body recomposition action plan for you. Achieving body recomposition is a combination of precise energy balance, making measured macronutrient choices, and being physically active.