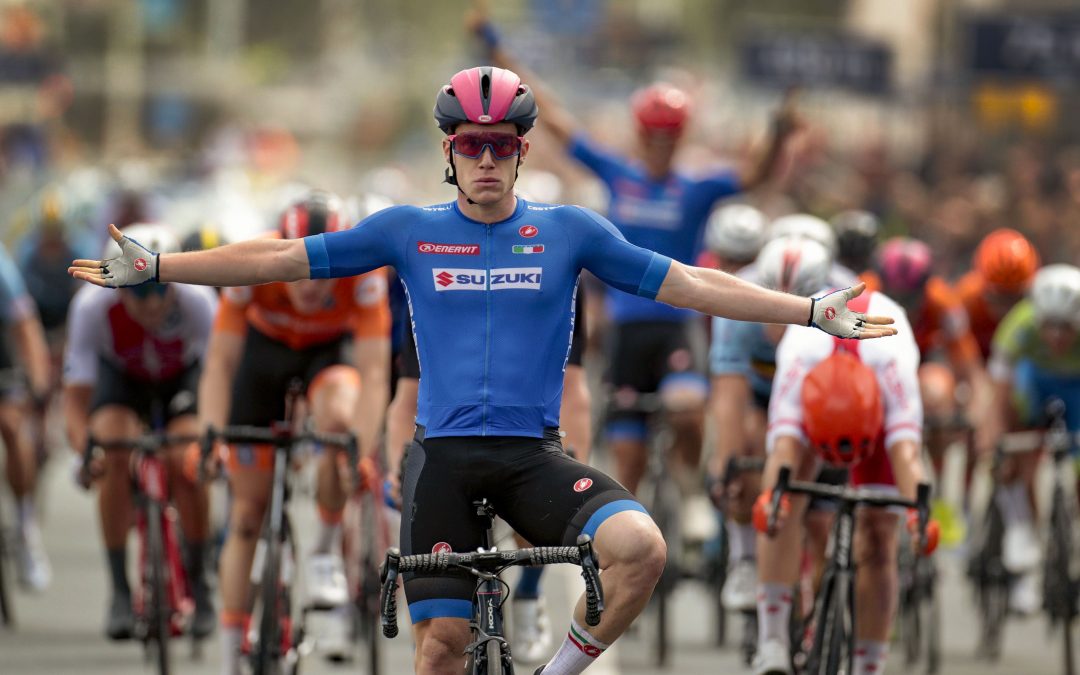 Volgende artikel is in het engels:

After Daan Hoole’s sixth place in the TT of the U23 European Championships, today it was the day of the road race. Divided in different national teams, the SEG Academy had representatives of the likes of Hoole and Kooistra (NED), Peák (HUN), Antunes (POR) and Dainese (Italy), ready to fight for the continental title.

The race took place in a very flat parcour around Alkmaar, which put the sprinters in pole position to win the race and take home the jersey. After the breakaway was caught, it all went down to the bunch sprint with and a after a solid lead-out our Alberto Dainese had no rival and won the sprint, hence becoming the new U23 Road Race European Champion.

Dainese, who this past week was announced as one of Team Sunweb’s recruits for the coming season onwards, achieves this way his sixth victory of the season. With wins in Tour de Normandie, three in Tour de Bretagne and Entre Brenne et Montmorillonnais, he showed himself as the strongest sprinter in the category, and today’s is just another prove of it.

Alberto Dainese, 2019 U23 European Road Race champion:
“It’s unreal to have achieved what was the main goal of the season. We (alongside the Performance Staff) worked hard to arrive in the best possible shape here and we certainly did. Together with Vasilis Anastopoulos (Performance Manager) we planned it carefully, I raced two stage races before resting for most part of last week, so my condition here was optimal to fight for the win. This is a huge win for me and the team, and I look forward to wear this jersey and have fun with the SEG crew until the end of the season!”